About Students and Mentors 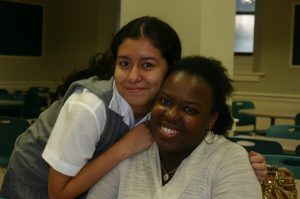 S/PA Partners and Mentors come from many communities in NJ.  They represent a wide range of ages, ethnicities and professions but are united in their desire to help NJ students reach their highest potential. Mentoring is a powerful way to positively impact a young person’s life by forming a close connection over the course of 4 years. Here are a few mentor-student profiles that demonstrate the power of mentoring:

Get News and Event details right in your inbox. 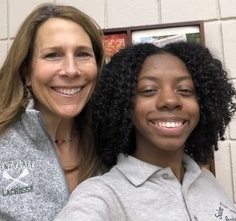 They can hardly believe that their 4 years of mentorship with S/PA are drawing to a close, but it’s clear that they will remain close for years to come. When Laura first met Laila as a freshman, she could have never predicted how close the two would become. After they shared their first breakfast at SVA, Laura started scheduling monthly lunches at SVA where the two of them would share stories over lunch. Most mentees may not be aware that you can schedule meetings with your students on school grounds during lunches and free periods. Although not required, meeting with your student at school is a neutral and safe place that can help strengthen the relationship.

Laila always requested fast food for lunch when she was a freshman, but since then, Laura has introduced Laila to healthier options and now opts for fresh fruit, a special type of yogurt and La Croix seltzer water.

Laura looks forward to her lunches with Laila and notes that they are “a wonderful way to get to know Laila on an informal one-on-one basis at a time and place that is convenient for her (and me). It also frees us up to talk about many more topics other than her report card!”

Over time, Laura and Laila have grown quite close, and Laura has also gotten to know Laila’s mother, going so far as hosting her wedding last summer at her lake house! Each mentoring experience is different, but Laura reminds us that mentors often get as much, if not more out of the mentoring experience. 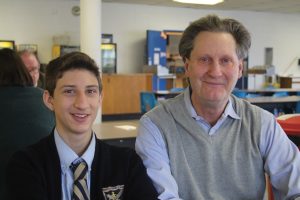 Mark Tanner became involved with S/PA over 15 years ago through a work associate who asked him to work on a golf outing for the organization. The following year he became a Partner and has never looked back.  Now as a Board Member and with the experience of several student mentees, Mark takes great satisfaction in “knowing that I’ve been able to provide support and had a positive impact with students that may not have had the chance to succeed without a supportive, helping hand.”  Over the years mentoring, Mark has learned that freshman year is the biggest challenge because “it takes time to foster and develop a trusting relationship between student and mentor, but is well worth the reward of being a part of the student’s growth throughout the remaining high school years.”

“I Interviewed Jared prior to his acceptance into S/PA.  I knew I had a gem between his teachers’ glowing reports and the interview discussions with he and his mother.  I was impressed with his drive and desire for success and requested that I be his mentor.  Jared has continued to amaze me from the early days as a cautious, quiet freshman nearly four years ago to the confident, outgoing young man today.  Jared worked with his school to design, pitch the idea, coordinate and introduce a new club called ‘Jared’s Helping Hands’ at his school.”

Mark concluded his story with the observation that “becoming a mentor has allowed me to give back over and over with each mentee by providing coaching, encouragement and guidance to succeed. Being a mentor has been one of the most valuable and rewarding experiences of my life.”

Jared was all in when asked about being interviewed about his experience with S/PA!  Although the initial connection with S/PA came while researching scholarship opportunities, Jared and his mom were pleased to learn about S/PA’s mentoring component.  Jared said that he never expected to accomplish so much while in high school, but that between the help from his teachers and the advice and counsel from his S/PA mentor, Mark, he was able to participate in and excel in many areas at Marist!

Being a student with autism, Jared had found it difficult at times to keep up with academics.  But with the unwavering support of his mom and his S/PA mentor, Jared has been able to not only achieve good grades, but was recently accepted into the National Honor Society!  “Knowing how tough their standards are, I felt very honored when I finally reached that goal,” Jared explained.  Another big accomplishment that Jared has worked tirelessly for is the creation of a new club at Marist, Jared’s Helping Hands.  With the encouragement of The Simpson-Baber Foundation for the Autistic and countless others including his family, classmates and Mark Tanner, Jared’s newly formed club at Marist High School was approved and attracted 20 students at its first meeting.  “I thought, Wow! I can change things! I can achieve so much more than I ever thought,” shared Jared.
Checkout Jared’s latest Youtube for Jared’s Helping Hands

“Mark really cares about me,” Jared explained, “he has advised me on how to approach teachers, taken me to ball games, talked with me about books we found we both liked and is now helping my mom and I figure out all the college stuff”!  Jared’s mom, Darlene concurs, “I have nothing but the best things to say about Mark, he has always been there when Jared faced difficulties during high school”.  Everyone is watching to see what Jared’s next chapter will be.  He will be at college, no doubt, probably creating clubs, helping with recreational sport leagues, or volunteering to help others – all in addition to looking toward the Dean’s List at his college! 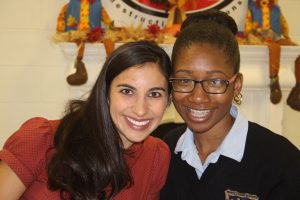 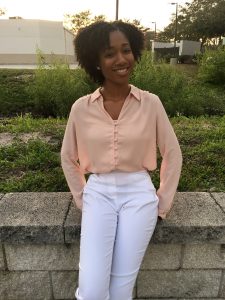 We recently reconnected with Traniece Harris, Marist ’15 who is currently pursuing a degree in Clinical Psychology with a concentration in Forensic

Psychology. She began her studies at St. Peter’s University in Jersey City, but transferred to the University of Central Florida last year to be closer to her mother who moved to Florida. After transferring, Traniece earned a special honor by being inducted into a special honor society for transfer students who earn over a 3.0 GPA. Traniece has a 3.3 and is currently taking 6 classes and is scheduled to graduate next fall.

Upon graduation, Traniece hopes to go on to earn her Master’s Degree in Forensic Psychology and plans to work in the court system. She is exploring programs in Michigan, Georgia, and Florida.

Traniece and her mentor, S/PA Board member Danna Jacobs, grew extremely close during her four years at Marist and they continue to correspond as Traniece excels in college. Danna and her husband Justin, also a S/PA mentor, went above and beyond meeting Traniece at the biannual breakfasts at Marist. They communicated often and celebrated with Traniece and her family at Traniece’s Sweet Sixteen Party, among other occasions.

Being part of S/PA helped me to achieve the goals that she was hoping to achieve and to get the best possible education. Danna was a great mentor and someone who I could talk to about anything. She believed in me and helped me see that I could do more.”

Danna notes, “Traniece was a sweet, cute and diligent young girl, and has truly blossomed into an intelligent, wonderful, happy and confident woman during her high school years at Marist and with the assistance of S/PA.”

The S/PA students with whom Traniece attended school became some of her closest friends, and one of them, Rebecca Delbert, was even her college roommate at St. Peter’s! We look forward to hearing more about Traniece’s achievements over the coming years.